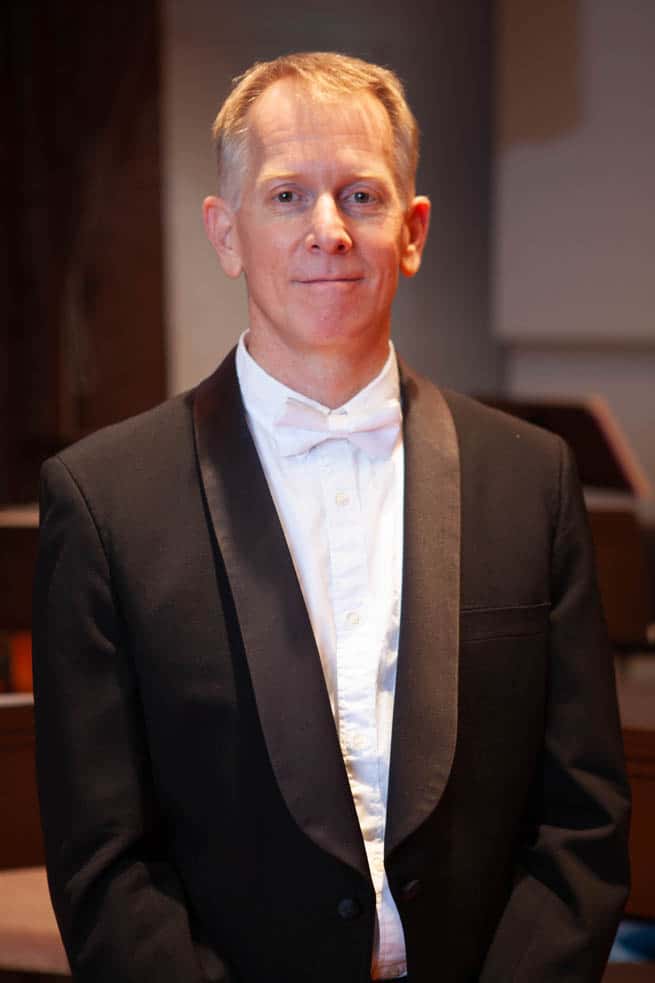 Daniel L. Dominick has been Music Director and Conductor of the Sherman Symphony Orchestra since 1992. A versatile conductor with an international conducting career, including the Czech Republic, Bulgaria, and Poland, he also maintains a busy conducting schedule in north Texas and southern Oklahoma, recently taking the SSO to Greenville, Ardmore, and Denison and directing a month of performances of Chicago and a month of performances of Annie Get Your Gun in Sherman’s regional theater (SCP). This past season the SSO performed West Side Story for two weeks in 2019 under Maestro Dominick’s direction.

Dominick has arranged several pieces for orchestra; his most recent is a full-string orchestra and soprano version of Villa-Lobos’ Bachianas Brasileiras No. 5.

Under Maestro Dominick the SSO has been producing regular broadcasts of the orchestra’s concerts on Texoma’s CBS-12. Most programs include lively description of the music and composers and focus on one or two pieces in a thirty-minute format. The Christmas Pops broadcasts, sixty minutes in length, include both classical and pops repertoire. These programs have introduced the SSO to a broad new audience of north Texas and southern Oklahoma viewers.

A concert pianist on the faculty of Austin College in Sherman, Texas, Maestro Dominick performs regularly, including appearances with the SSO playing the Beethoven Fifth Piano Concerto (Emperor) and Gershwin’s Rhapsody in Blue. He has performed solo recitals, joint recitals, and accompanies area college faculty in recital.

Maestro Dominick began his orchestral conducting career at the Florida State University where he completed his graduate degrees in Orchestral Conducting and Historical Musicology simultaneously. It was while at FSU that he presented the world premiere of the musical Politico! and conducted the University Symphony Orchestra and several other groups.

Get email updates from SSO: